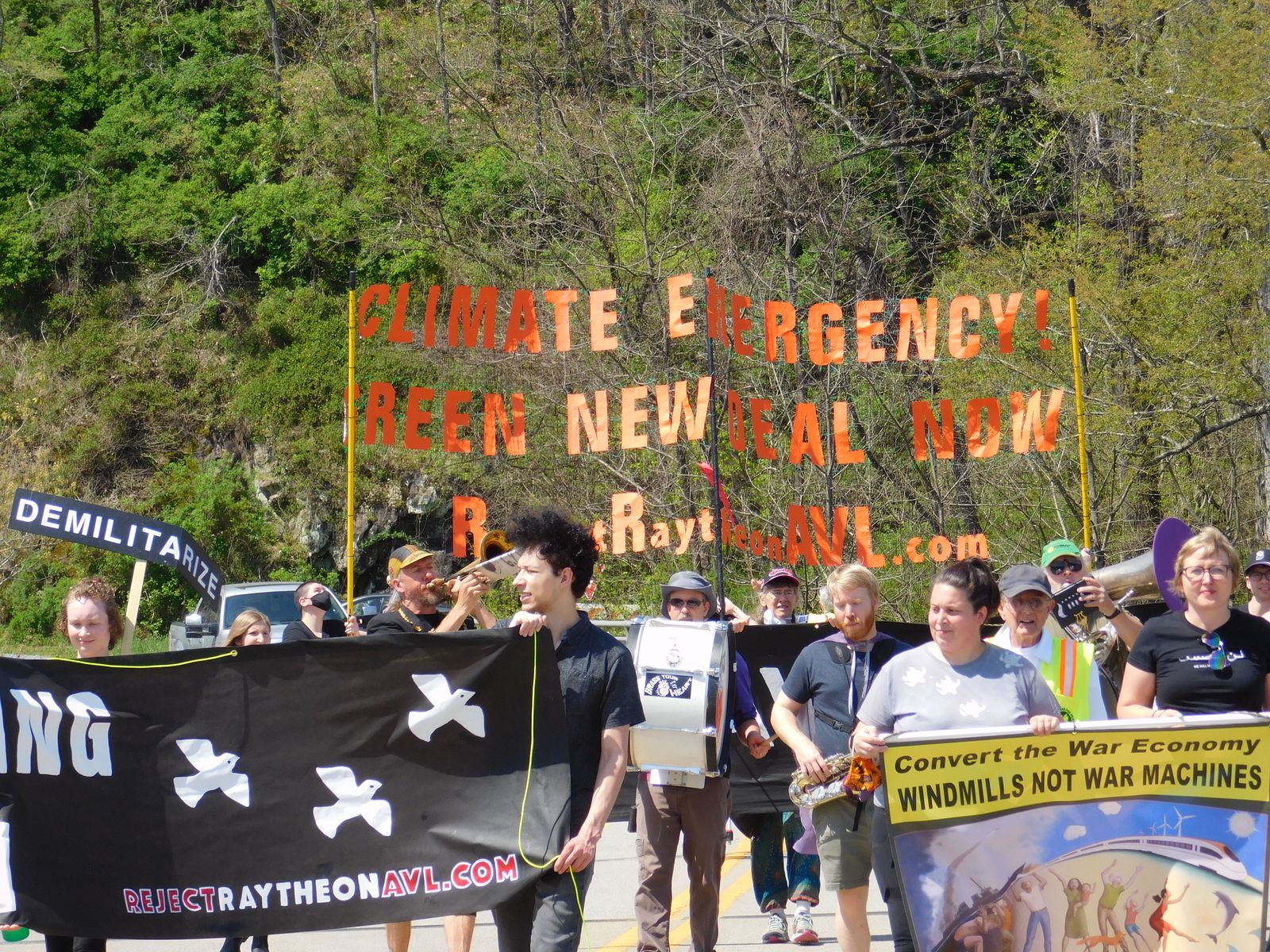 By Ken Jones - April 30, 2022
📢
Op-Eds are contributed by community members and reflect their views and experiences. Would you like to contribute an Op-Ed? Email us!

It was an Earth Day to remember. On April 22, 2022, a beautiful sunny spring day, our local citizen coalition, Reject Raytheon AVL, pulled off a three-part demonstration for the protection of the earth and against the US military-industrial complex. We rallied, we paraded, and we performed a direct action.

The event began at 10 am in the Bent Creek River Park, on the banks of the French Broad River. The park sits next to the new bridge being built for the 1.2 million square foot Pratt & Whitney plant and in the shadow of the Blue Ridge Parkway bridge over the river. Across the river from the park is a dirt road—called Old River Road—that provides access to the many trucks coming and going from the plant every day. On this morning it was busy, full of power and commerce.

We who stood in the road are not the criminals here. The criminals are those who are making profits from the destruction of life on this planet.

In the park, more than 50 of us came together to call for conversion from the war economy to one that addresses the climate emergency. The theme of the gathering was “Windmills, Not War Machines.” We had several speakers describe the dangers of the Pratt & Whitney plant and what a better economic development plan for the Asheville area could look like.

Pratt & Whitney is wholly owned by Raytheon Technologies, the world's second-largest war corporation. Its new plant in Asheville will be making airfoil turbines for jet engines, used by both military and commercial aircraft. The military engines are for notorious fighter jets like the F-35 and F-16, which are sold for wars all over the world, including in Yemen and Palestine. Sales of these weapons have soared with the onset of the war in Ukraine. This is a war profiteer coming to our community.

Our rally not only emphasized the war machine production of Pratt & Whitney but also called attention to its effect on the climate emergency. We don’t need more fossil-fuel-intensive jet engines at this urgent time, even if they are for commercial use and even if they are supposedly more efficient.

The Brass Your Heart social justice marching band led the group on parade at the end of our rally. With music, chants, banners, and signs, we moved from the park up to the Blue Ridge Parkway, crossing the bridge to the other side of the river. It was festive as well as pointed.

While the parade was in process, eight of us took a position on the Old River Road and blockaded the oncoming construction traffic from both directions. Five of us spanned the entire road with a 20-foot banner that said, “Make Wind Turbines, Not War Machines.” Another held a smaller banner that said, “Pratt & Whitney Fans the Flames of Climate Emergency.” And two of us stood in front and behind the blockade with the stop-sign-shaped message: “No War Industry.”

As our parading friends came to the end of the bridge, they stood above us waving, cheering, and singing along with the band. Construction traffic came to a halt and backed up for as far as the eye could see.

Amazingly, this stoppage lasted a full two hours. Biltmore Farms, which owns all the surrounding land and donated 100 acres to Pratt & Whitney for its plant, quickly sent its security guards. They said we were on private property and threatened to have us arrested. Truck drivers walked up to us with a range of emotions, from anger to sympathy to amusement. Soon the site was swarming with confused workers and authority figures. Eventually, the Buncombe County Sheriff’s Office (BCSO) came and asked us to leave. When we didn’t, a prolonged series of phone calls ensued.

As we found out later, there was uncertainty about jurisdiction. We were actually on the National Park Service (NPS) easement for the Blue Ridge Parkway, not on Biltmore Farms' private property. Technically, this meant that NPS was the proper authority to remove us. It apparently was decided that they would ask BCSO to take charge.

It was probably also the case that executives from both Biltmore Farms and Pratt & Whitney were discussing how to handle this situation in a way that would get them the least amount of negative publicity.

What this amounted to was a 2-hour shut down of business-as-usual for the corporations bringing a war industry to our county. It was just a small victory for us earth protectors, but still a moment to savor on Earth Day.

The decision the police finally made was to give us a choice. We could just walk away with no charges, we could walk away with a citation for misdemeanor trespass, or we could get arrested and taken to jail. We huddled up and decided on door #2: we took citations and walked away. We are hoping for our day in court, where we can tell why we did this direct action and what is at stake with this war industry plant getting built. A trial will be another means of raising public awareness about it.

And it’s not just this one plant. We also know that Jack Cecil, owner of Biltmore Farms, is working with the local Chamber of Commerce to bring more businesses like Pratt & Whitney into this area. Some 1,000 acres have been set aside for an industrial park that will likely be centered on the toxic aerospace industry. The gas pipeline just put in by Dominion Energy will service not just Pratt & Whitney but also the companies now being actively recruited to come here. The new interstate exchange on I-26 will likewise serve this future development.

Say goodbye to a lot more trees and worry about the health of the French Broad River. Pratt & Whitney is just the beginning of this Biltmore Farms project. It is like the anchor store in a mall. It is being used to attract others of the same ilk.

This is why Reject Raytheon is calling not just for conversion of this plant nearing completion but also for a moratorium on any more approvals for industries connected to the military-industrial-fossil fuel monster devouring our earth and making life untenable for us and our children and grandchildren.

We who stood in the road are not the criminals here. The criminals are those who are making profits from the destruction of life on this planet. It is they who should be on trial, and that is what we intend to do if we get our day in court. We, the Earth Day 8, hope you will join us there.

We also hope you will join us in the streets as we keep on showing up to raise the alarm. Ever since we found out in October 2020 that the Buncombe County commissioners voted to give $27 million in tax incentives to Pratt & Whitney, we have been crying foul. But it’s even worse than that. If you consider all the subsidies provided to this huge multinational corporation - state, local, and private - it comes to over $100 million. Think about how much we need that money for the many human needs of our community.

And don’t be deceived about the jobs being promised. Yes, there will be jobs, but there is no actual guarantee of how many or who will get them. And we know very well that we would have many more jobs than the 800 they tout (counted cumulatively, over ten years) if we put that same $100M into clean energy, education, health, housing - literally anything other than the military-industrial complex. Why would anyone think that a huge corporation like Raytheon cares about anything other than its own profits, notwithstanding all of its local greenwashing and public relations efforts?

It is this prioritizing of profits over people that we need to change. Visit Reject Raytheon’s website for more information, and join us in this fight.

Ken Jones is a retired professor of teacher education and a member of Veterans for Peace. He lives in Swannanoa. Ken can be reached via email.

📰
We are 100% funded by community members like you. If you value our independent local journalism in service to liberation, you can help us make it. Click here to become a patron today! Or send us a one-time gift via Venmo @avlfreepress.
Op-EdKen JonesActionsClimate ChangeClimate JusticeprotestReject Raytheon
Share this article on: 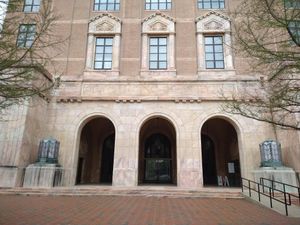 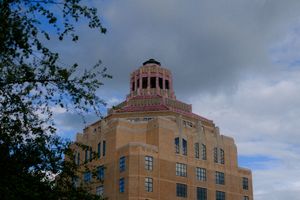 May 17, 2022
More in Op-Ed
×You've successfully subscribed to The Asheville Free Press
×Great! Next, complete checkout for full access to The Asheville Free Press
×Welcome back! You've successfully signed in.
×Unable to sign you in. Please try again.
×Success! Your account is fully activated, you now have access to all content.
×Error! Stripe checkout failed.
×Success! Your billing info is updated.
×Error! Billing info update failed.