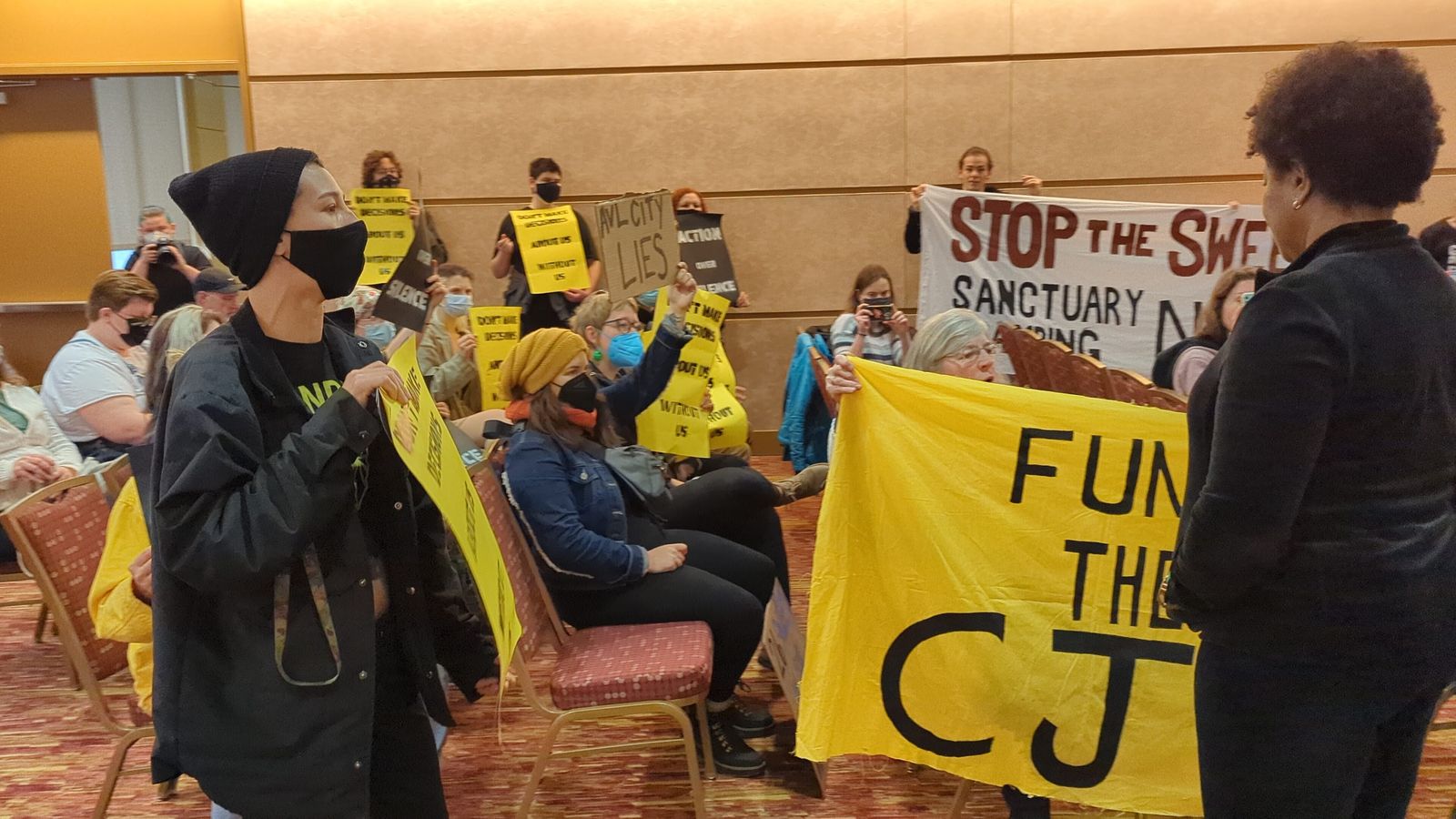 On March 17th, 2022, a protest organized by the Sunrise Movement's Asheville Hub stopped Asheville City Council's annual "retreat" in its tracks moments after it began.

Manheimer, visibly flustered, called for a break. The official video stream was cut, and most officials began to exit the room for the duration of the protest. The retreat would resume approximately thirty minutes later.

While most Councilmembers avoided speaking directly to protesters, Sandra Kilgore did not. As seen in a live stream posted to the Sunrise Movement Asheville Instagram, Kilgore approached the protesters.

"I just want to ask you a question — what is it that you really want? [...] Give us some suggestions and where we get the finances to do certain things, and we will be glad to do it."

‌A heated exchange followed, touching on topics of police abolition, the war in Ukraine, and the Pratt & Whitney (a Raytheon Subsidiary) plant currently under construction in Asheville.

Following the exchange with Councilmember Kilgore, protesters began packing up their materials and filing out of the conference room where the retreat was held. The Sunrise Movement live stream cuts off abruptly when a member of the media approaches the protester who was streaming.

Today is day two of the Council's retreat, where they are hearing a budget update from City Staff and planning their upcoming budget priorities.

Sunrise Movement held a second live stream this morning, where an organizer talks more in-depth about their demands.

📰
We are 100% funded by community members like you. If you value our independent local journalism in service to liberation, you can help us make it. Click here to become a patron today!
WireUrsula WrenActionscamp sweepsNewsprotestunhoused communitySunrise MovementClimate Justice
Share this article on: 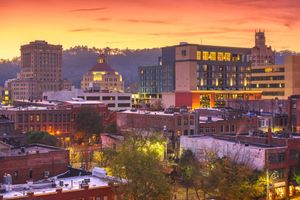