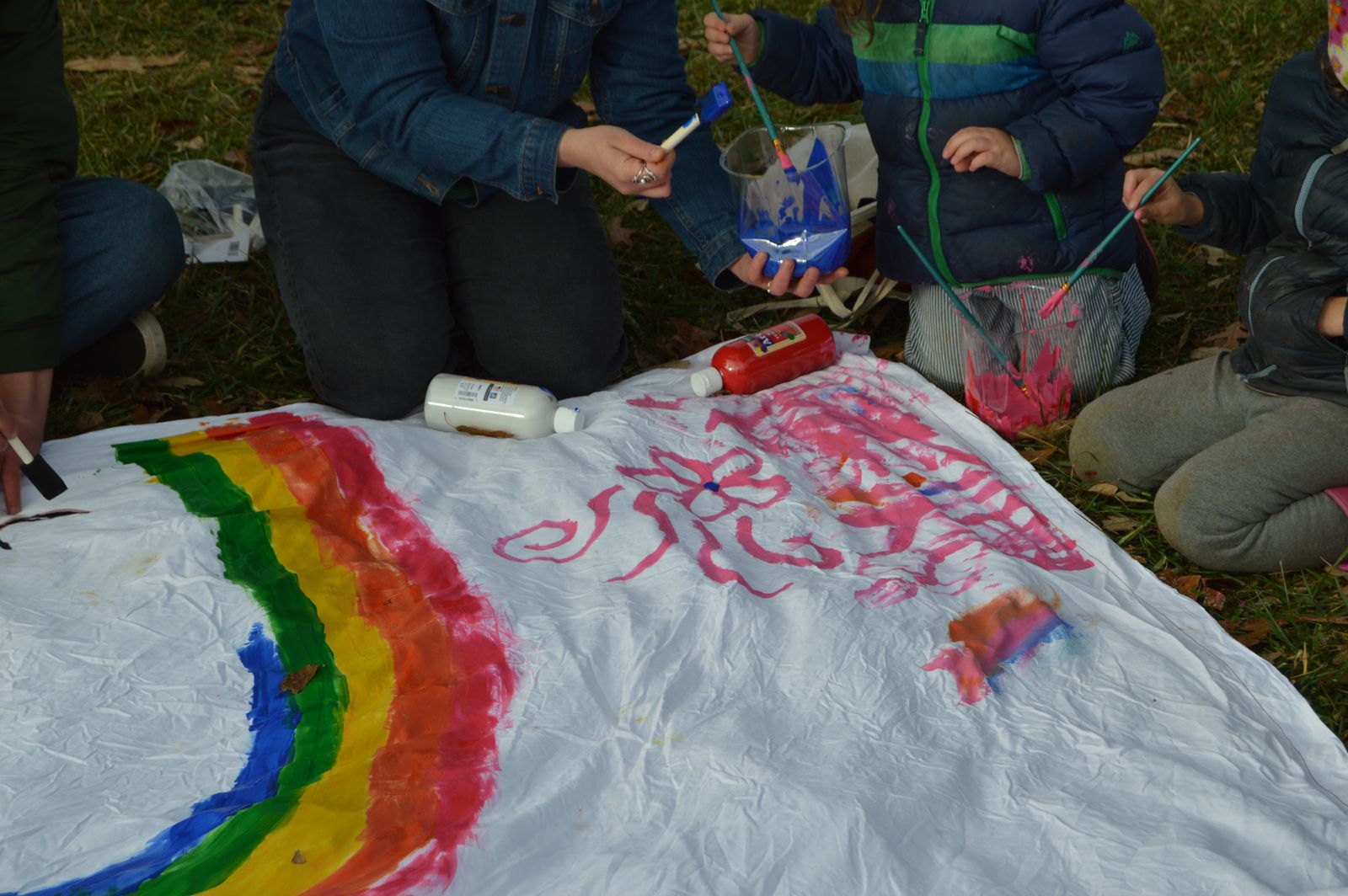 Housed and unhoused community members gathered at Aston Park on Sunday, December 19th, to make art, "share space," and "make time for grief." A flyer circulated on social media said the event was to take place between 1 and 6 pm, but over the course of the day, it evolved into a demonstration and attempt at setting up camp at the park. Some participants stayed at the park until 10 pm – only leaving after multiple encounters with Asheville Police and under threat of arrest.

The goal of this demonstration, organizers told us, was to demand that the City of Asheville allow 'sanctuary camping' for unsheltered individuals at Aston Park.

The current CDC guidelines for managing the ongoing COVID-19 pandemic state, "If individual housing options are not available, allow people who are living unsheltered or in encampments to remain where they are." During a recent Q&A session, City Manager Debra Campbell acknowledged the lack of beds for unsheltered individuals and – despite the removal of a camp along I-240 earlier that day – did not offer any alternative shelter options for those displaced.

"The city continues to sweep camps and uproot people while providing no viable options for housing or shelter. They cannot continue to leave folks out in the cold while simultaneously refusing to let them keep their camps."
- Organizers' statement provided to The Asheville Free Press

For most of the day, the event focused on making art, sharing food and supplies with unhoused community members. Participants painted banners and created wind-breaks out of wooden pallets. Some participants set up tents.

According to a statement provided to The Asheville Free Press by organizers of the event, Asheville Police showed up at approximately 6 pm to demand that the group leave the park, citing a ban on tent camping. When the group refused, Asheville Police told them they would return at 10 pm and make arrests.

Are Asheville Police Required to Give Seven Days' Notice to Vacate Encampments for Unhoused People?

Asheville Police Department has a policy that explicitly outlines its approach to encountering unhoused community members. According to the latest version of the policy available online, APD will give encampments seven days' notice to vacate public property. On Sunday evening, campers present at Aston Park told us that officers directly contradicted this policy during their encounter, saying it was no longer in effect or did not apply to city property.

We reached out to Asheville Police Department spokesperson Bill Davis and asked him to clarify the latest version of the policy. In an email response, Davis said, "The new update is being reviewed and should be completed and signed...this week, hopefully."

The Asheville Free Press has made several public records requests to clarify both the current policy and the incoming policy update. We will publish further information as we learn more.

At around 4 pm on Monday, December 20th - the day after the initial art party - community members had once again gathered at Aston Park with similar goals: creating art and demanding sanctuary camping at the park.

Attendance waxed and waned over six hours, but between 25 and 50 people were present. No police encounters were reported, and most participants had vacated the area by approximately 9:55 pm.

The following is a statement provided to The Asheville Free Press by organizers of the event, reproduced in its entirety.

At the Community Art Build on Sunday at Aston Park, cops arrived around 6pm to address the group, first with a statement that "this is a case of trespassing," despite the gathering being in a public park that does not officially "close" until 10pm. After being confronted with that fact, the cops took "issue" with the tents in place, citing a city-wide ordinance that prohibits tent camping and threatening that tents must be taken down immediately or they would be forcibly removed and confiscated by Parks and Rec.

According to Asheville Police Department policy, in the event of interacting with a camp on city property, "responding officers will instruct them that they have seven (7) days to vacate the property." No warning was communicated and we were told to leave immediately. They claimed that the seven day warning period had been "recently overturned."  This information has not been corroborated!

The policy also requires officers "provide... resource cards outlining outreach assistance options," which were not given. When asked to clarify where folks were supposed to go if this camp was removed, we were told "just go somewhere else, not here." After expressing frustration with a lack of options, we were told "take it up with city council."

The cops met clarifying questions about the "new" ordinance and how we were in the wrong with responses claiming that we were being argumentative and threats of mass arrest despite no arrestable offenses having taken place (or even as a possibility because the park is open until 10pm). They brought the Paddy wagon as an intimidation tactic.

Today, the Asheville Police officers who responded to our art gathering were operating in direct violation of their own policy, even though they "always follow the laws." They in no way, shape, or form acted "in a manner that respects...individual rights, human dignity and community values," as so clearly stated in this operating procedure.

Over and over, the city continues to sweep camps and uproot people while providing no viable options for housing or shelter. They cannot continue to leave folks out in the cold while simultaneously refusing to let them keep their camps.

According to CDC guidelines for mitigating COVID spread "if individual housing options are not available, allow people who are living unsheltered or in encampments to remain where they are."

We demand the city to follow these guidelines and allow for a designated sanctuary camp with basic hygiene infrastructure to be built and LEFT ALONE.

On Tuesday, December 21st, community members once again gathered at Aston park. There was live music, a winter solstice altar, and more art-making. Participants reported minimal police interaction, but that officers once again contradicted the 7-day notice policy. Asheville Police Department have not yet provided us with a copy of their policy.

On Wednesday, December 22nd, community members gathered at Aston Park again. This time, their plan was to have a 'movie night,' but plans were cut short when Police arrived around 5:15 pm and told participants they must either leave the premesis immediately or face misdemeanor littering charges and arrest. Asheville Survival Program, a local mutual aid organization that works with unhoused neighbors, made a statement about the incident on Instagram, which we have reproduce below.

The following is a statement published on the Asheville Survival program instagram page, reproduced in its entirety.

TODAY A SMALL GROUP OF ADULTS AND CHILDREN HAD GATHERED IN ASTON PARK TO MAKE ART TOGETHER. AT AROUND 5:15PM - LONG BEFORE THE PARK CLOSED - COPS ARRIVED AND THREATENED TO ARREST EVERYONE ONSITE IF THEY DID NOT VACATE THE PARK.

THIS SMALL GROUP HAD GATHERED TO PEACEFULLY PROTEST THE CITY FOR SWEEPING CAMPS AND LEAVING HOMELESS PEOPLE OUTSIDE TO FREEZE IN THE WINTER.

THIS WAS NOT AN ISSUE OF "PUBLIC SAFETY". THIS WAS ABOUT POWER AND CONTROL. THE STATE CRIMINALIZES CREATION BECAUSE THEY KNOW IT CHALLENGES THE DESTRUCTION THEY ARE HELL BENT ON. AS ONE OF OUR HOMELESS COMRADES SAID: ‘YOU DON'T WANT US TO VIOLENT PROTEST. YOU DON'T WANT US TO PEACEFULLY PROTEST. WHAT DO YOU EXPECT US TO DO? DIE.’ 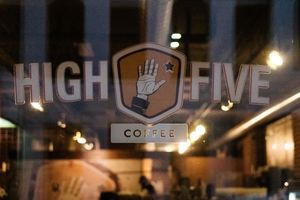 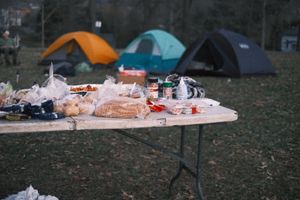 November 27, 2021
×You've successfully subscribed to The Asheville Free Press
×Great! Next, complete checkout for full access to The Asheville Free Press
×Welcome back! You've successfully signed in.
×Unable to sign you in. Please try again.
×Success! Your account is fully activated, you now have access to all content.
×Error! Stripe checkout failed.
×Success! Your billing info is updated.
×Error! Billing info update failed.